“This was empty yesterday before you came,” Fathiya said, pointing to the refrigerator now stocked with left-overs from a meal. “We didn’t know how we were going to buy food.”

The 100 shekels ($25 roughly) I’d passed on to her husband, Saud, the day before had gone a long way, filling the fridge with fresh vegetables and even fish, what would be a luxury for the family. It wasn’t my money, and I’d told him as much. “This is from people outside of Palestine who want to support you, who know how Israel has crushed your economy and means of existence,” I’d said. [I managed this in broken Arabic!]

I’d only seen Saud sitting on the stairs; I hadn’t actually spoken with him until yesterday, the 2nd visit to the cluster of houses of the Bateran family, all terribly poor. He wasn’t home when I and a friend translating for me arrived but his wife Fathiya was, and welcomed us in. Amar, the man I’d originally met on the street in Gaza, came over and joined in describing Saud’s problems.

“He’s not well, he has mental problems,” Fathiya explained. “He can’t concentrate, gets sad (depression), is afraid everyone is looking for him (paranoia), and sees and hears things (hallucinations). He has a rapid heart-beat, too.”

I asked about doctors and medicine, and she brought out a medical report. Schizophrenia. A couple of medications were listed.

Saud came in around that point and his face lit up, huge smile in contrast to the glumness written on his face the day before. He was happy to see me and called me an angel, but I again told he and his wife that I’m only relaying support and solidarity from outside Gaza.

Saud told of how 10 years ago he had worked in Israel, construction. He has no work now, and it seems that his psychological problems have worsened in the last number of years. The family used to receive funds from one of the UN bodies, but like the other residents in the neighbourhood told me, this support has stopped.

Saud and Fathiya have 5 daughters and 2 sons, all between the ages of 4 and 18 years. As in any family there are always expenses for the children: clothes, school items, items to bring joy… I couldn’t imagine how they were getting by. “People in the area give them 5 or 10 shekels sometimes,” their neighbour said.

I left money with Fathiya, for their needs, but know their situation is not improved by this temporary support.

Another neighbour had drifted into the room. Amar al Bateran is 65, and like his relative with the same name, and Saud & Fathiya, is a refugee from 1948 Palestine.

He had a hard time talking about his situation, though it was clear he wanted to. Amar’s son Basel (32) has cancer and from his father’s inability to discuss it without breaking down, on the verge of sobbing, Basel’s situation is not good. Amar was able to relate that Basel had seen doctors and does take medicine, which amounts to about 600 shekels (~$125) a month. He motioned with his hand around his face when I asked where the cancer was.

The medical reports he retrieved from his house clarified that it was cancer in Basel’s right jaw.

“Resected right side of mandible with fleshy grayish tumour tissue about 6×5 cm surrounded by pieces of bony tissue with three teeth. The bony margins are grossly free. Pieces of adherent soft tissue with muscle tissue. Separate pieces of fleshy soft tissue from muscle and cheek mucosa.”

A 2005 Ministry of Health referral report, for treatment outside of Gaza, found that a reconstruction plate that had previously been implanted in his jaw had broken, causing infection. The report ended with the recommendation to remove “the broken reconstruction plate and bone grafting that should be done in a high (ly) specialized maxillofacial surgery center,” of which there is none in Gaza.

I passed along enough shekels for a month of medicine, which nearly broke Amar’s stoic resolve. Again I emphasized the money was support from those in solidarity outside, but I think his emotions must be a complex mixture of desperation and disbelief.

Leaving the two Amars and Saud, I re-visited Hamsa briefly, wanting to hear a little more about his situation. His wife, Iman, was at the hospital for a check-up. Hamsa, too, received us warmly, insisting again he does not want aid. “I only want to be able to work, to build a kitchen and a proper bathroom. I want my child to have a good place to live,” he said.

I learned that Hamsa didn’t always use a bike to get around when collecting plastic and scrap metal for re-sale. Before Israel’s attacks on Gaza, Hamsa had a donkey and cart. “They were hit by a (white) phosphorous shell,” he said, saying the dead donkey’s body had lain outside his one-room house for days after.

A new donkey would cost approximately US$1400, I was told, and a cart another $300. If building materials were available, a kitchen and bathroom would add to improving Hamsa and Iman’s lives enough that they could work and raise their children in a simple lifestyle with their needs met. 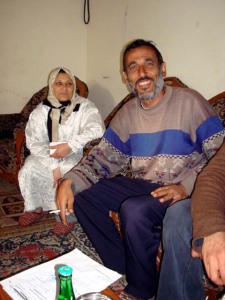 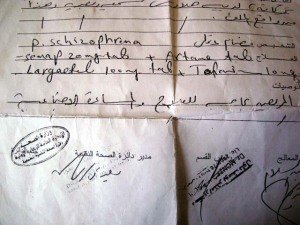 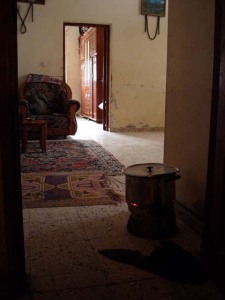 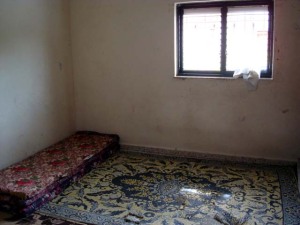