According to the Islamic calendar, Ramadan will likely begin tonight at sunset. With the holy month’s approach, the Palestinians of Gaza, already choking in all respects under the 3 year siege [imposed basically immediately after Hamas was elected, but heightened to a new level of inhumanity in June 2007, after the externally-influenced Fatah-Hamas fighting] will face the same despair as Gaza’s Christian Palestinians did last Christmas and Eid.

There is food in the markets. But for the vast majority it is out of their reach. One can wander through a busy market like Gaza’s Sahaa market and see plump mangos, bananas, plums and many other fruits. One can see beef for sale, chicken, sparse catches of fish. But with prices double, triple and even quadruple what they used to be, and conversely unemployment hovering near 50%, those below the poverty line at 80%, these ‘luxury’ foods are unaffordable. And while fruits and vegetables do make it into Gaza –when the Israeli authorities decide to allow them –even then, it could be a rush of melons and mangos, but no carrots.

Among the produce that gets in, Ghazi Attab (31), a fruit vendor in Saha market, says around 30% is spoiled. “The Israelis don’t allow the fruit to enter Gaza right away. It sits at the crossings for 5 or 6 hours, under the sun,” he said. “What is Ramadan for us this year? No money, no hope. It’s nothing to celebrate.”

Abu Abed sells plastic toys imported from China. Because he must bring them in via the tunnels in Rafah, the prices are grossly inflated. “These should cost 5 or 6 shekels, but I have to sell them for 20 shekels or I lose money.”

Abu Mohammed, a dried fruits and nuts vendor, has the basic goods to sell. “The problem is no one is buying. People can’t afford walnuts at 40 shekels a kilo.” Walnuts, raisins, dried coconut…these are all key ingredients to special Ramadan sweets.

Xinhua news recently reported that Israeli authorities have refused to allow some special Ramadan foods and cloths into Gaza. [Imagine a Christmas without a tree. Diwali without sweets and firecrackers. Whatever holiday one celebrates without the key items that make that holiday precious.]

From the United Nations’ OCHA August 2009 report on the siege on Gaza:

“Harsh restrictions on the import of livestock, for example, imposed by Israel since November 2008,led to a steep increase in the price of fresh meat, from 40 to 60 NIS/kg. Although limited numbers of cattle and small ruminants have been transferred through the tunnels, many of these animals have been diseased causing health risks, made worse by the inconsistent veterinary vaccinations available in Gaza as a result of the blockade.”

OCHA notes the effect on the fishing industry:

“Similar restrictions have affected the livelihoods of approximately 3,500 households reliant on fishing. Since the beginning of “Cast Lead”, the IDF has prohibited Palestinians from fishing beyond three nautical miles (nm) from the shore, undermining the volume of fishing catch, the bulk of which is located in deeper waters than 3 nm.

This prohibition followed a previous reduction of the fishing zone in October 2006 from 12 to 6 nm. Many fishermen have been forced to adopt alternative strategies, such as fishing with smaller nets in the 3nm accessible zone to try to catch smaller fish (e.g. baby sardines); for others the current situation has become unsustainable causing them to cease fishing altogether.”

*from: OCHA’s “Locked In”: The Humanitarian Impact of Two Years of Blockade on the Gaza Strip.

*from: OCHA’s “Locked In”: The Humanitarian Impact of Two Years of Blockade on the Gaza Strip.

Eric Ruder’s “Gaza Tunnel Economy” covers the many ways the siege on Gaza [what Zionists call merely an ‘economic boycott’] decimates every aspect of life in Gaza and leads to further deterioration of the quality of life. He highlights the hundreds of deaths due to unavailable medical treatment and tunnel workers who are buried alive, poisoned, or met other cruel fate while trying to eek a living in a devastated Strip.

Ruder writes: “In all, more than 150 Palestinians have been killed in tunnel accidents since the June 2007 tightening of the siege.”

(Another 344 have died for want of medical care; Israel’s winter 2008/2009 massacre of Gaza killed nearly 1500 [including Palestinians who later died of their injuries sustained during the Israeli attacks]; Israel’s Feb/March 2008 invasion in Gaza’s north [so-dubbed “Operation Hot Winter”] killed over 130 Palestinians [see profile on one youth who was paralyzed by a sniper’s shot]; unarmed fishermen and farmers have been shot dead by Israeli soldiers; and innumerable other Israeli aggressions against Palestinians throughout Gaza have killed and injured civilians locked inside a completely shattered, deprived, poisoned plot of land.)

“WHO also said suppliers were unable to access medical equipment for repairs and maintenance and ‘since 2000, maintenance staff and clinical workers have not been able to leave the Strip for training in the use of medical devices.’

In July, 77 out of 480 essential drugs and 140 out of 700 essential medical supplies in Gaza’s health ministry were out of stock, according to WHO.

‘There are not enough IV [intravenous] bags. The nurses put blood into plastic water bottles to transfer into my IV bag.‘”

“Since the imposition of the blockade [OCHA refers to the heightened siege, in June 2007],OCHA has recorded 33 Palestinian civilians, including 11 children, killed in border incidents and another 61 people, including 13 children who have been injured.”

This is just in Gaza’s border zones, where civilians live and farm, trying to be self-sufficient and, formerly, to export goods like flowers and strawberries to European markets. This, of course, has been impossible for the last years, due to the siege.

In looking at what actually is permitted to enter Gaza, Ruder notes:

“In the month of January 2007, more than 14,000 truckloads of goods entered Gaza, but in June 2007, that number fell to about 5,000. Since then, the monthly number of truckloads entering Gaza has hovered just above 2,000, which is less than a quarter of what Gaza needs to function normally.”

“…a UN survey from 2008 indicated that reducing the quality and variety of the food consumed was one of the main coping mechanisms used by most of the population affected by unemployment and poverty; in this context, there has been a gradual shift in the diet of Gazans from high-cost and protein-rich foods such as vegetables and animal products, to low-cost and high-carbohydrate foods such as cereals, sugar and oil.

In the future these changes in diet are likely to be reflected in increased rates of micro-nutrient deficiencies, with children and women of child-bearing age being the worst affected.”

With all of these facts and clear evidence of the systematic destruction of Palestinians lives and means of existence in Gaza, one can hardly expect Ramadan to be filled with joy as in former years.

Free Gaza, entirely volunteer-run, has called for support: A Ramadan Appeal for all People of Conscience

“More than simple charity, the Palestinian people need our solidarity and political action. They need us to challenge the policies that leave them in need of humanitarian aid.

FIVE WAYS YOU CAN HELP BREAK THE SIEGE OF GAZA

We are asking for your zakat and fitra this Ramadan, but not as simple charity ‐ we’re asking for zakat as political action. Palestine does not need charity. Palestine is not a poor country, and Palestinians are not a poor people. They are being forced into poverty.” 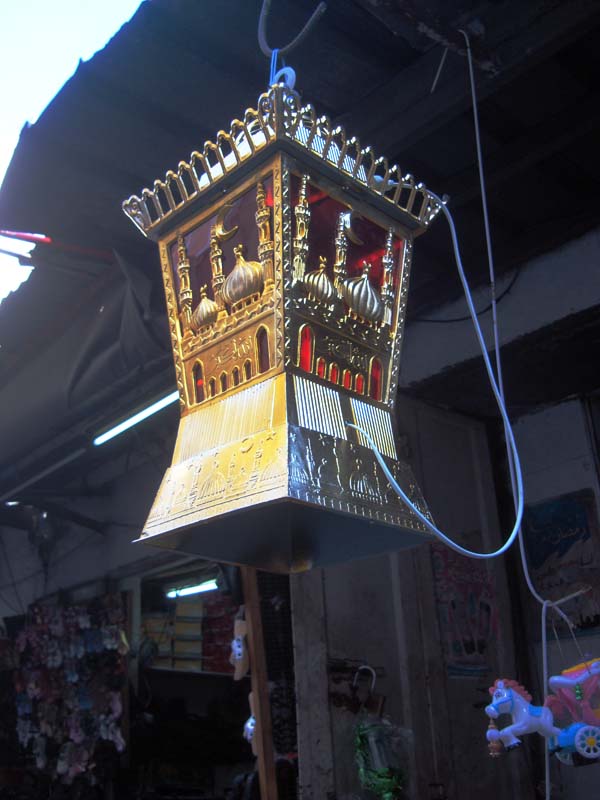 6 thoughts on “Ramadan under siege”