In a small studio on a back lane in Gaza City, Salman Nawati hosts his first solo exhibition of paintings, accompanied by an art video installation.

The works centre around life in the Gaza port, encompassing at the same time feelings from life under siege and from the Israeli massacre of Gaza. The colours are vivid, as are the images and ideas.

By far the most intriguing piece is a tactile painting of a simple Palestinian hassaka (a small rowboat sized fishing boat), overturned and strewn amidst the clutter of a destroyed and decaying harbour. The artist uses fishing net in the painting; the frustrations of Gaza’s over 3500 fishermen jump off the canvas [the fishing industry used to thrive in Gaza, prior to the Israeli-imposed siege, prior to the Israeli arbitrary downsizing of fishing limits, from the Oslo-accorded 20 miles to the current less than 3 miles. Heavily armed Israeli soldiers in gunboats enforce this limitation, whatever limitation they feel, by shooting and shelling Palestinian fishermen, destroying boats, small hassakas and fishing equipment. Israeli soldiers routinely abduct Palestinian fishermen from Palestinian fishing waters.] 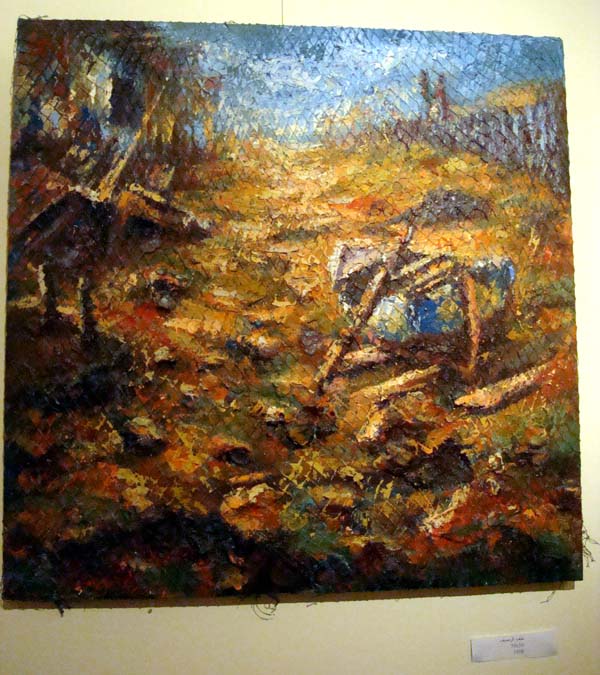 Other works include a team of hassakas, dragged far up on the beach, unused, awaiting the end of the siege and the renewal of life.

*saber, cacti, have grown between and over the disused fishing boats. 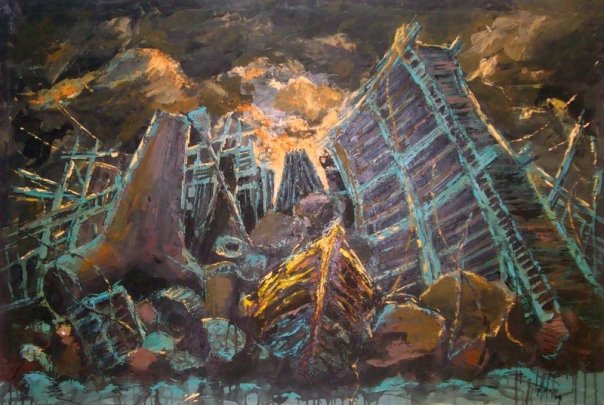 The bombed out cityscape of Gaza beyond the sad port. 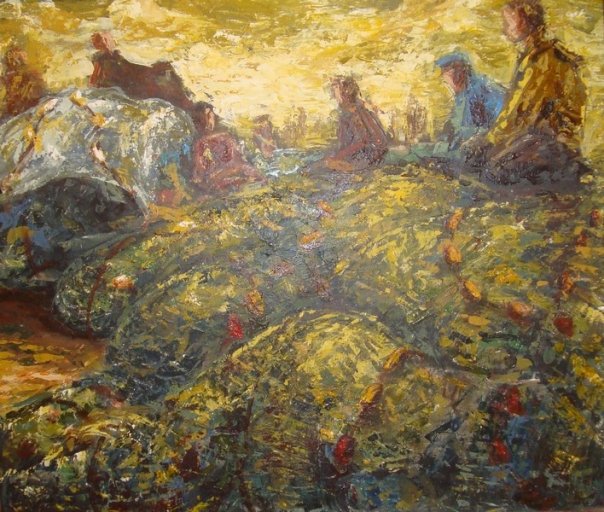 Fishermen mend their nets. [under the siege, new materials for net are impossible to find. Those that make their way into Gaza come via the tunnels and are more expensive than the fishermen, barely surviving as it is, can afford.] 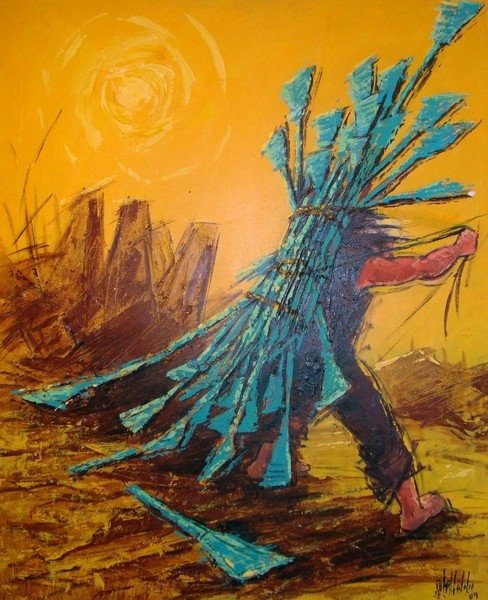 And some are eye candy for the untrained artist… 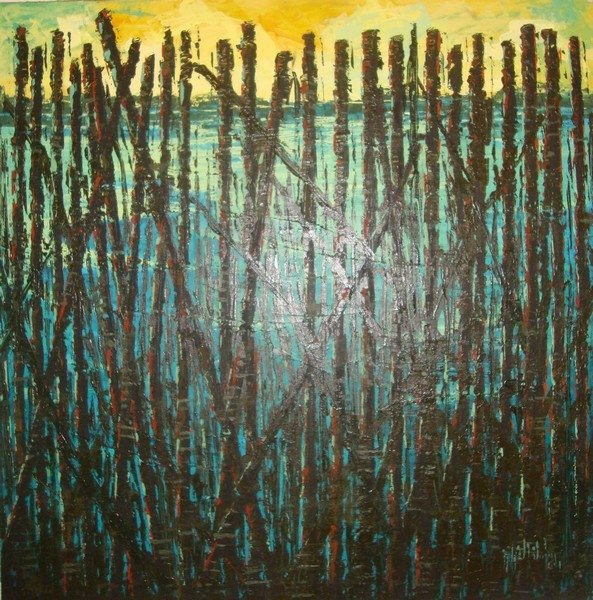 * a video-art collaboration with Muhammad al-Halabi.

Salman Nawati can be contacted at shmo3_8@hotmail.com  for inquiries on sales of his art.

4 thoughts on “port art: on the siege, on the massacre, on yearning for life”