Mohammed Abu Sharrar (22) was with 3 friends, walking to the eastern cemetery, east of Jabaliya, early on 27 November when he was hit by the shrapnel. Said Sharrar, “a UAV (drone) dropped a missile next to me. I was hurt the worst.”

Around 6 am and quiet, according to Sharrar, there was no activity in the area, no reason for the Israeli army to target them.

“It was the first day of ‘Eid. We were going to visit the grave of a friend who was killed one year earlier, also during ‘Eid.”

Sharrar, a volunteer with the Red Crescent, was accompanied by three other volunteer medics when targeted.

“We were well over 1 kilometer from the border fence,” he said. “I didn’t hear or know of any problems in the area.”

For the next 8 days, Sharrar was in critical condition, kept on a mechanical respirator. For a total of 11 days, he was in a coma.

Now conscious and in Beit Lahiya’s Kamal Adwan hospital, Sharrar is awaiting permission for transfer to Egypt for removal of the shrapnel still in his body.

“I’ve got shrapnel in my legs, stomach and back. My legs broken as well, one in three places.”

But it’s the shrapnel near his spinal cord that is the most problematic.

“There are no specialists in Gaza who can safely remove the shrapnel.”

From a family of eleven, Sharrar was one of the only members with work. 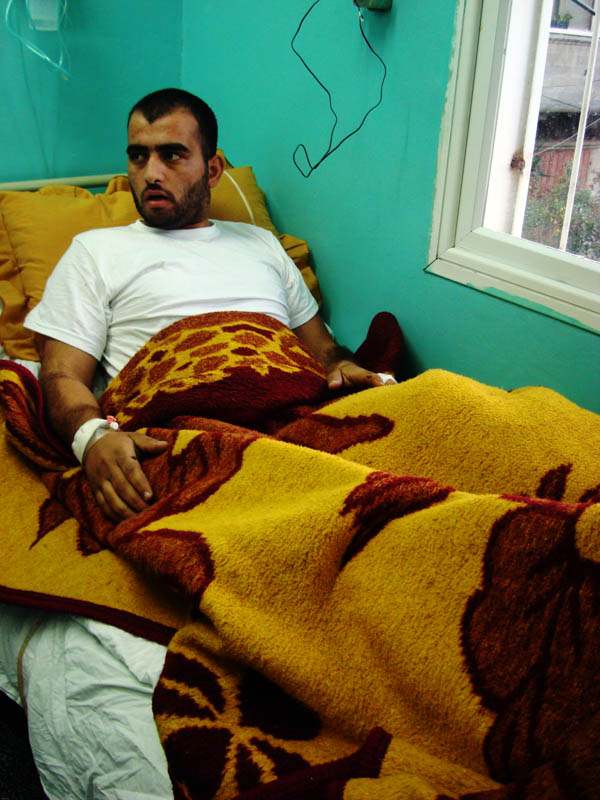 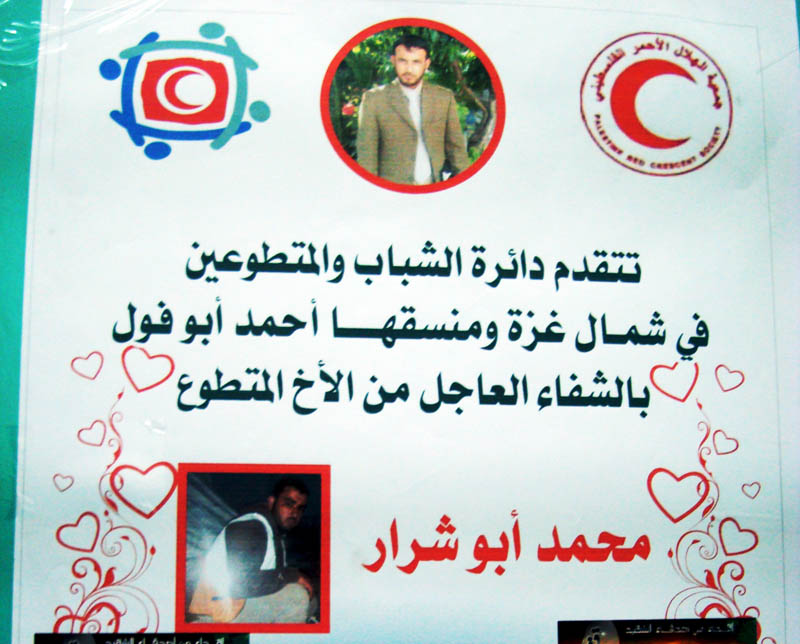 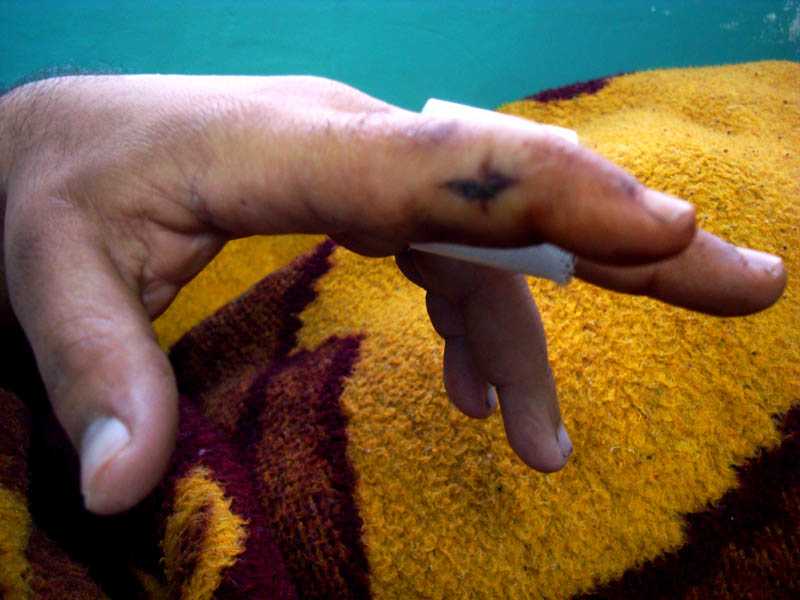 Days later, Shahin Abu Ajuwa (17) returned for his second time to land near the eastern cemetery to gather stones and blocks of concrete from demolished houses and buildings to re-sell for construction uses. On that morning, Ajuwa was with three other youths, among them his cousin Saber Abu Ajuwa (15).

“We were over 600 metres from the border. We were in an area where many people go daily to collect metal and stones,” Ajuwa said. “The Israelis always see people working here, it’s normal.”

Ajuwa recalls having seen Israeli military jeeps and a tank at the border, also normal.

As they worked next to their donkey cart, still before 9 am, Israeli soldiers fired a flechette shell at them, without warning. Flechette shells, otherwise known as dart bombs, are deadly shells packed with thousands of razor-sharp, inches long darts. The design enables the darts to bore through bone, cement, flesh, and break apart upon entry, rendering the injury even worse. Often, those injured by flechettes have pieces of the darts in them for life due to the danger and difficulty of extracting them.

Israel’s use of flechette bombs is in contravention to the Geneva conventions, particularly in using them against unarmed civilians. B’Tselem, an Israeli rights group, reported that at least 17 Palestinians were killed by dart bombs from 2000 through the 18 April 2008 killing of a Palestinian cameraman and three other civilians, including two minors, by a flechette bomb in Gaza. This was prior to the Israeli war on Gaza in winter 2008-2009, during which Israeli soldiers again used the dart bombs in dense civilian areas. Tens of civilians were injured and killed, including medics answering a call when fired upon.

Marwan, a medic with the Jabaliya Red Crescent centre, was called to the scene.

“Just before 9 am we were dispatched to the martyrs’ cemetery to bring in some wounded,” he said. “I went with Mohammed, another medic, and found the youths roughly 700m from the border fence. There was one youth badly injured. He had been loaded onto the donkey cart.”

Weeks later, Ajuwa still has shrapnel from the dart bomb in both his legs.

“The doctors removed one from my leg, but there are still six more left.”

The teen, is one of eight sons, has five sisters, and the 10 or 20 shekels he might have earned that day would have gone towards his family income. 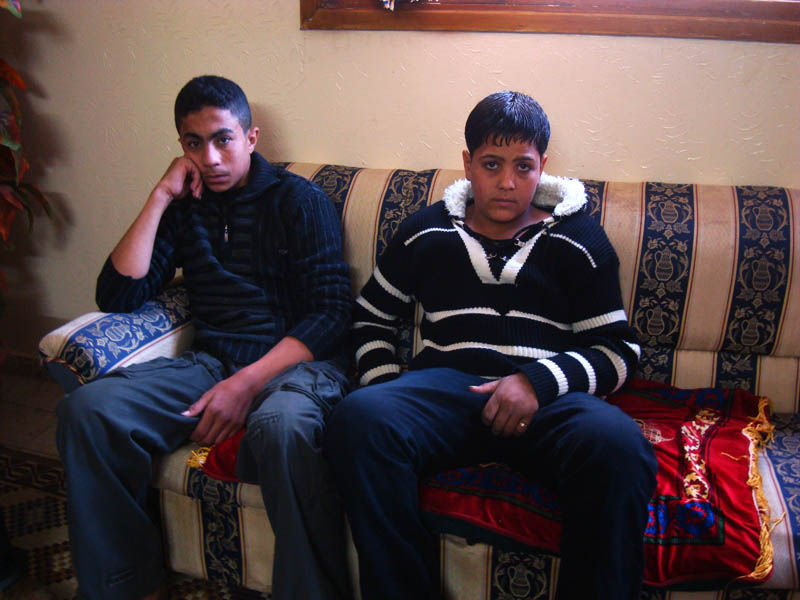 *Attached to the donkey cart, this iron rod was blown open by the blast