we are roughly 1 km from the norther border, in an area which was doused by bombs during Israel’s winter 2008-2009 massacre of Gaza.  the area, with the norther border near, the sea a few kilometres away, and the eastern border within earshot, is regularly inundated with the Israeli army shelling and shooting that others hear less frequently, padded by city walls or cafe music.

the children living here are among Gaza’s poorest, largely from bedouin families whose herding-based incomes have been been decimated by the absence of growth, fodder, for their flocks, by the bombings, by the siege.

the children are traumatized multiple times over, by Israel’s war games, by their poverty, by their geographical isolation.

GIVE and Local Initiative, two Gaza-based organizations, are visiting these 50 or so children, throwing a party today, alleviating their stress and boredom, if temporarily.

the groups bring loud-speakers for the music which will drown out Israeli gunfire from border towers and military jeeps, drown out the zananas’ whines or F-16s roars.

they bring kleenex and string and proceed to ingeniously craft a line of streamers to liven up the drab, largely treeless surroundings (bulldozed over the years), and balloons to add colour and festivity to the party.

they set up a simple cardboard frame decorated with universally-favoured childrens’ animation characters and call the children to form a circle, hold hands.

the music starts, the children squeal, and the animators get them dancing, reveling.

children are called to the cardboard frame, now a puppet house for the dancing rabbit; they sing, they are stars for a moment, they are special and they glow from it.

6 life-size costumed characters come out dancing, tails flinging, and the kids get to go crazy. they dance, some show off their beginnings of dabke steps, they hold one anothers’ shirt-tails and the costumed creatures actual tails, and dance in circles, song after song.

hours pass and we’ve all been transported away from the siege, the Israeli military threat.  we’ve all become gleeful kids.

the children will remember this tomorrow and in the weeks to come.

the two organizations are off to another area in a few days time, to repeat the activities with more marginalized children longing for a childhood in the most impossible of circumstances.

many likewise impoverished children are working, gathering stones and sand, selling 1 shekel items on Gaza’s busy streets as the party ensues, as life under siege ensues.

abdullah is here today.  it’s been over a year since i saw him the first and only other time, at another children’s event, this one in Jabaliya.  he is a clown.  Really.  At that party he was among the most captivating animators.

today he tells me he’s upset.  i think maybe he’s going to chide me for not visiting his organization, but instead i le arn that it’s about his wife.

he gestures to his foreheard, pointing at it with his hand like a gun. “She was killed in the war,” he says, referring to the massacre.  “She was pregnant.”

he’s lost his will, for most everything. “i’m not able to work, i have no desire to do anything, really.  But i came today because its a party for the children.”

then he tells me he wants to leave Gaza.  but not because he’s had enough.  he wants to study.  “circus,” he says.  There’re no opporunities here to develop beyond his basic tricks.  but he yearns to become professional, and bring it home to teach others, to brighten children’s lives like they’ve done today.

my colleague and i both remark, on the way home, that no where else have we seen such devotion to and adoration of children, and we’ve been around the world. 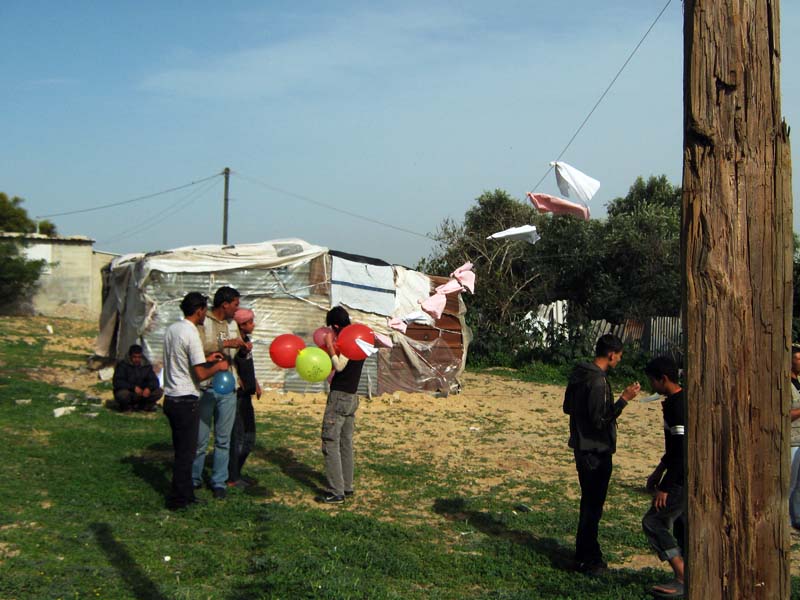 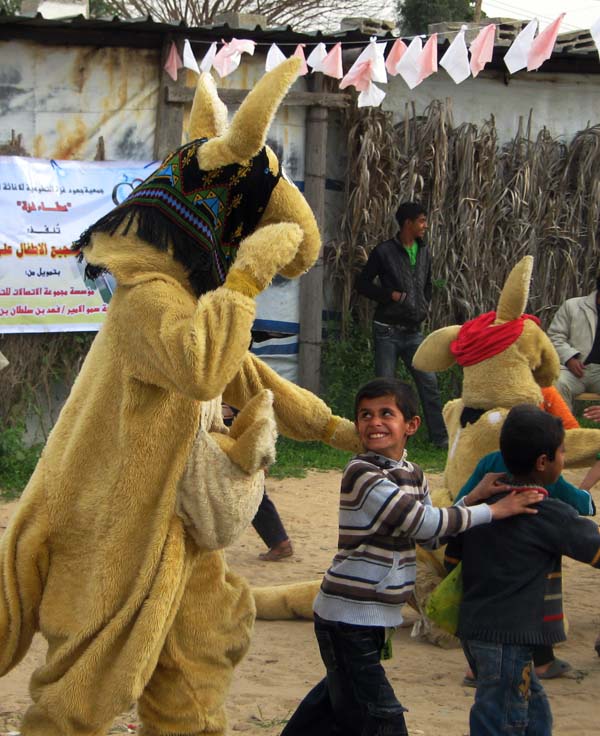 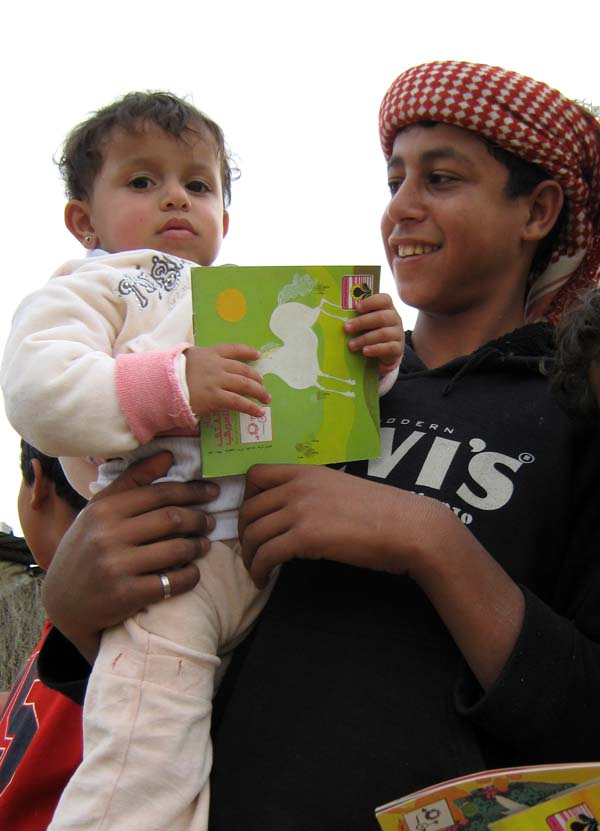 One thought on “for the children”