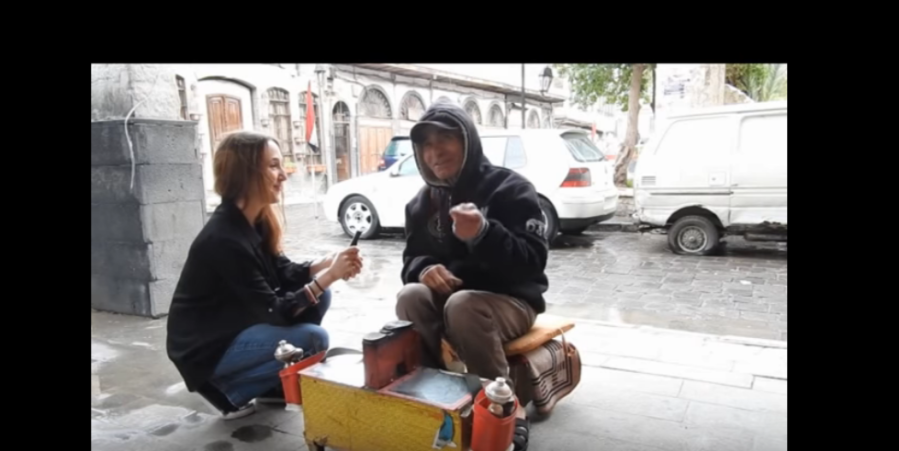 Abu Ahmed is a fixture in an old Damascus central park. At this park, couples sit, beauty blooms, musicians play, children pass, and Abu Ahmed plies his shoe-repairing trade. But aside from that, he devotes his time to commemorating and respecting the martyrs of the Assyrian genocide, and of the war on Syria and other martyrs.
He’s utterly charismatic, breaks out in (politically astute) song, and loves to meet new people. I’d seen him a couple of years ago among the line of youths sitting along the low wall on the Straight Street side of the small park, many sipping beer or arak, and almost all singing along with whoever was strumming oud (including Abu Ahmed).
The other day I happened across him and–he being the affable guy that he is–did an interview with him. It was brilliant! The sound didn’t record 😦
I went back, with Lebanese political activist Hadi Nasrallah, who has been instrumental in on the spot translating (thank you for relieving me of the pain of subtitling), to redo the interview.
Just as we arrived, so did the rain. Here is the re-interview with Abu Ahmed, some interruption due to rain. If you’d like a clearer version, please come to Syria and speak with this wise man. 😀 🇸🇾️

7 thoughts on “Interview with Abu Ahmed, a sage of Old Damascus”