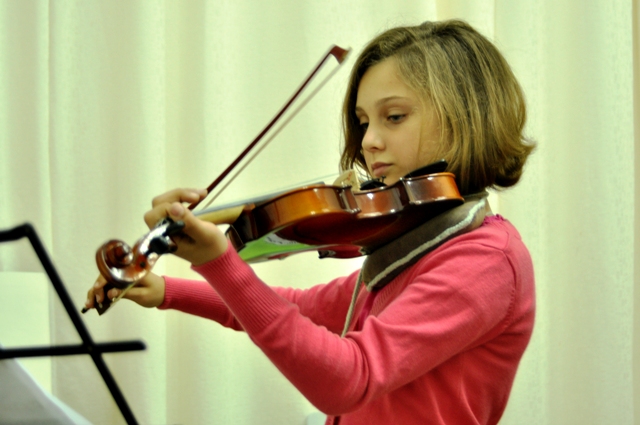 “Why are you rushing? Isn’t it nicer like this?” Mohammed Omer, oud teacher (an oud is similar to a lute) at the Gaza Music School, asks his student. Omer takes the oud and demonstrates, playing the song slowly, gracefully, with the ornamentations that are key to Arab music.

Mohammed Abu Suffiya, the 10-year-old student, has only been studying for six months but has already learned to read music and play a working rendition of a well known song by Lebanese singer Fairouz.

Glancing only now and then at the sheet music, he begins to play again, more slowly and with more expression, his teacher accompanying him on a tabla (hand drum).

Mohammed Omer, 28, is one of five teachers at the Gaza Music School in Tel el Howa, Gaza City. Formerly in the Al-Quds hospital Red Crescent complex, the school moved to its current location not far from the hospital after the complex was bombed and burned during the 23-day Israeli war on Gaza. A piano and at least two ouds were destroyed with the school premises.

The school opened about six months before the Gaza assault in December 2008-January 2009 as a response to the demand at the Qattan Centre for the Child in Gaza City.

“We are open in the evenings, five days a week. Students receive one-on-one classes, 40 minutes each lesson,” says Najjar. “We teach the solfege system of note reading, because it is internationally understood.”

Currently, students can learn the violin, guitar, oud, qanoon (a zither-like instrument) and the piano. “We’d love to teach other instruments, but we lack professional teachers aside from the five we have.”

Fifty students now study at the institute, half in their first year, and half in their second, continuing from their start in the Al-Quds complex.

Elena, the Russian piano teacher, works with 11-year-old Hada. “All my students are girls this year, but I hope next year will have some boys studying piano,” Elena says.

Tala, 11, is a second-year student, having studied piano in her first year. She sits with a qanoon before her, slowly plucking her way through a song, starting to find the techniques necessary to make music.

She has studied qanoon for a year now. “I chose it because it has a beautiful, unique sound. It is difficult, and not many people play it, so I wanted to learn it,” she says.

“When I play, I forget any problems and just think about the music.”

“All children like music, it’s the language of peace,” says Ibrahim Najjar. “And it’s good for the mind, body and our daily lives.”

At the moment, students are all from the Gaza City region. But this is more a question of logistics than preference.

“They don’t pay for the lessons,” says Najjar. “The Qattan centre funds this programme.”

But because transportation from regions outside of Gaza City is too expensive for most families, the students are local.

Najjar hopes to change this. “I’m trying to arrange a bus, so that students can come from any region of Gaza, if they have potential.

“Even if they’ve never played an instrument, they can have the chance to learn. We test their ear: can they hear and hum a melody? And we test their rhythm: can they replicate a rhythm?”

Mahmoud Kohail, 8, has studied the qanoon for just under a year, but took first prize in a Palestine-wide competition in oriental music for ages 7 to 11.

“Everyone asked me how many years he had been studying,” laughs Najjar. “When I told them it had been only 80 hours, they couldn’t believe me.”

Emad Kohail, Mahmoud’s father, is an accomplished oud player, and his mother a talented singer.

Also a doctor of mental health and alternative medicine, Emad Kohail explains how music has helped his son.

“Mahmoud suffered the same post-traumatic stress disorder (PTSD) that nearly all Gaza’s children suffer, as well as an attention deficit disorder,” he says.

“Music has made an immense difference in Mahmoud’s behaviour. It has been a therapy for his PTSD and as a means of teaching him to focus.”

Ibrahim Najjar agrees that music is therapy, and constructive for children’s learning and mental health.

“There is a big difference in the students’ behaviour from when they first came. Now, they are calmer, and listen and respect each other. I teach them this, but also to behave like this in all aspects of their lives.”

On a sunny Friday morning in Gaza’s south, east of Khan Younis, Abu Mohammed strums his oud for an appreciative audience: the children have been traumatised by a May 2008 Israeli invasion which destroyed their home and farm.

“They were terrified, we were in the house as Israeli tanks and bulldozers destroyed the land and our chicken coop attached to our house. My children were so frightened by the shooting and explosions,” says Laila Abu Dagga.

The family has since vacated their house, 470 metres from the Green Line border, instead renting a house half a kilometre away. But on this Friday morning, they revisit their home, with friends, clapping and dancing to Abu Mohammed’s music. “Music really helps people improve their mental health,” says Abu Mohammed.

The oud player says he had to struggle to learn music.

“My father was very religious and looked down on music, thought it was a waste of time. He used to keep me from playing, but I’d learn in private. He didn’t understand, but music can be resistance, my oud can be a weapon against the Israeli occupation.”

With a stigma against musicians still prevalent in Gaza, projects like the music school, and individuals like Abu Mohammed are vital to the society.

Learning on his own, Abu Mohammed in 2004 won the Gold prize in a competition sponsored by Palestine Television. His winning composition featured the story of a pregnant Palestinian woman who died waiting at a checkpoint in the occupied West Bank for the Israeli soldiers to allow her to pass and continue to hospital.

He plays his own works, set to the words of poets, and highlights themes of the Israeli occupation, siege, and the war on Gaza. Political, traditional, therapeutic, Abu Mohammed’s music meets various needs. 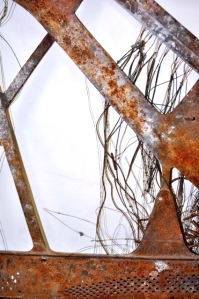 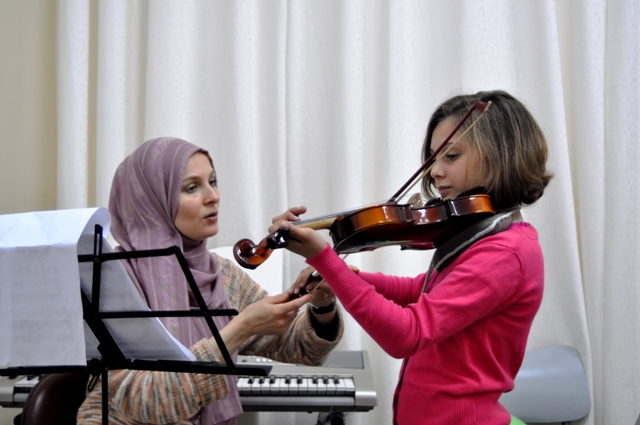 6 thoughts on “music to live by”