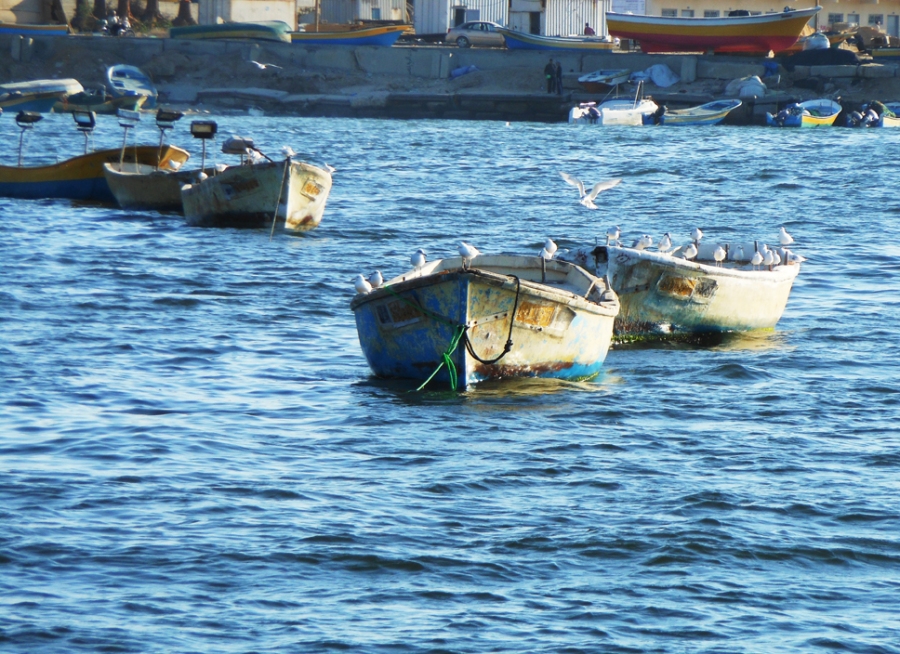 As dire and emotionally draining as the situation and daily life in Gaza can be, I like to show it’s beauty, which does abound, when I can.  Gaza doesn’t need pity, it needs strong, vocal, unhindered support and solidarity, recognition of the 1.6 million lives within who continue to be largely ignored by the corporate media and of the continued Israeli occupation and siege.

There are people and voices and stories here, of tragedy yes and of amazing resilience as well.

Take Mona and Amal Samouni, 2 young girls from the extended Samouni family which endured a massacre during the 23 day Israeli massacre of the entire Gaza Strip in 2008-2009.  Amal’s 4  year old brother and her father were shot point-blank by Israeli soldiers, she herself injured with shrapnel to the head which may still be in there (it had not been removed as of December 2009 ).

And Mona, the extremely eloquent and verbose young girl who –after enduing the bombardment of her extended family herded into a home and bombed, killing 21 immediately (another 6 were killed in the Israeli invasion of their area) –had the samoud (steadfastness) and strength to give interviews to the many journalists finally allowed into the locked-down Strip after the attacks had largely stopped (they continue every day, throughout the Strip, on farmers, labourers and families in border areas –including as far as 2 km from the border with Israel–and fishers in the Israeli-occupied Palestinian sea, under Israeli-imposed limitations of less than 3 miles off the coast).

These girls, among a boat-load of Samouni and border region girls, showed little to none of their trauma visibly and played as all young girls here do, singing and laughing, proud of whatever special hat or scarf or shoes they’d worn for the expedition (even if they are the usual hand-me-downs).  If I hadn’t met many of the Samouni kids immediately after the massacre of Gaza I wouldn’t know the horrors they survived and bear within.

And they are just 2 examples of the greater population, all of whom have suffered from the Israeli occupation, the continued siege of Gaza, the Israeli warplane low-flies and drone screams, the manufactured poverty of the Strip, the loss of loved ones to Israeli assaults or prisons, and the desire to simply live with work and freedom and safety and dignity.

Somehow, despite being denied dignity every day in all aspects of their lives (how dignified would you feel not being able to bathe for days on end because the water is not being pumped for want of electricity or because the lines are in disrepair…?), Gaza’s Palestinians pull off dignity and pride with surprising flair.

Thanks to Mahfouz, the ever-generous marine man, for chauffering the group on Gaza’s seas (even though we all would have liked to go many miles out, reality –Israeli gunboat presence –dictated we stay just a kilometre or so off the coast. Yes, even a boat-load of young girls is a potential target for the heavily-armed Israeli navy). 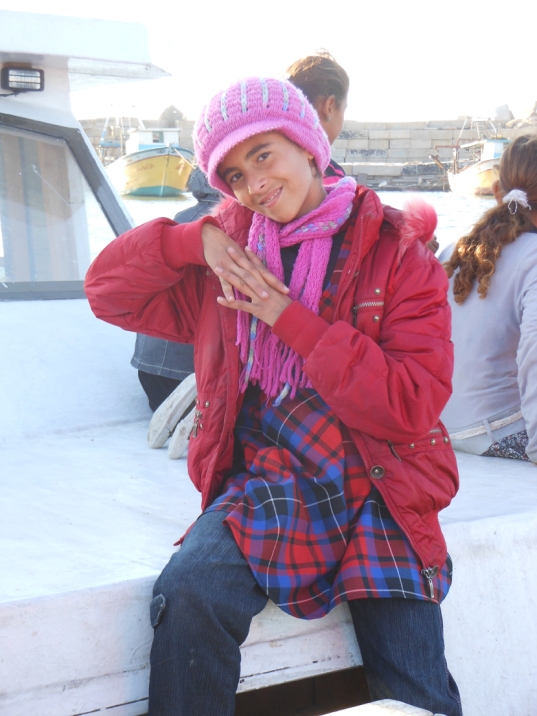 *Amal Samouni, timid and unsmiling in 2009 after enduring the massacres of the Israeli army now stronger, smiling.

*Waed Rjila, traumatized by the May 2008 Israeli army tank and bulldozer invasion onto her family’s farmland, destroying their chicken barn (chickens within), hundreds of olive, fruit and nut trees, wheat and vegetable crops and terrifying the family trapped within their home as the invasion continued through the night. Waed has never recovered from her trauma, but was smiling, happy to be on the sea for her first time.