Yesterday, I was able to visit areas on the outskirts of Gorlovka: mine 6/7 and Zaitsevo, both hard-hit by incessant Ukrainian shelling. Civilians are suffering immensely there, to the silence of Western corporate media.

En route to these areas, Dmitri, press officer of the DPR People’s Militia, gave me this advice:

-When you hear the whistle of a mortar, drop down immediately–to avoid the spray of shrapnel.

-Don’t go off the road; most areas haven’t been checked for unexploded ordnance.

-They (Ukraine) use drones with explosive devices; you don’t know whether its a reconnaissance drone or one that can bomb [I remember this very well from Gaza].  If someone yells air attack, you need to run to find a shelter with a roof. When you hear the ‘outgoing’ call from the spotter, you have 10 to 15 seconds to run.

He spoke of the heavy artillery Ukraine uses in spite of the “ceasefire”, and how Ukraine hides their shelling from the OSCE by doing so after hours (when difficult to film, in dark), claiming any damage was done by the DPR side (to itself), or say they (Ukraine) were merely defending themselves, replying to DPR attacks.

“In the period from September 2 to September 8, 86 ceasefire violations by Ukrainian armed formations were recorded. Overall, 918 rounds of ammunition were fired (8.5 tons or 99 boxes).

During the designated period, the enemy fired at the DPR 40 152mm artillery rounds and more than 260 120mm and 82mm mortar rounds. Two civilians were wounded and 23 houses and infrastructures facilities were damaged in shelling.”

A new comprehensive, lasting and indefinite ceasefire came into force in Donbass at 00:01 on July 21.”]

“They  have a big propaganda machine, and the censorship of Western media helps. They commit many war crimes, but manage to mask it. They are Nazis, but they mask this from the West. Few people understand in the West how close Ukraine is to becoming a full-on Nazi state,” Dmitri told me.

Some residents were willing to have their testimonies recorded on video, others no, worried about repercussions when they did the time-consuming trek to Ukraine to receive their pensions (involving slow bus travel, long lines, and a very real fear of being singled out if have spoken to journalists covering the impact of Ukraine’s war on Donbass).

A spunky older woman rather broke my heart. Her home has been hit on more than one occasion. She doesn’t know how she’ll be able to patch up the damage from the last shelling before winter comes, she lives alone. 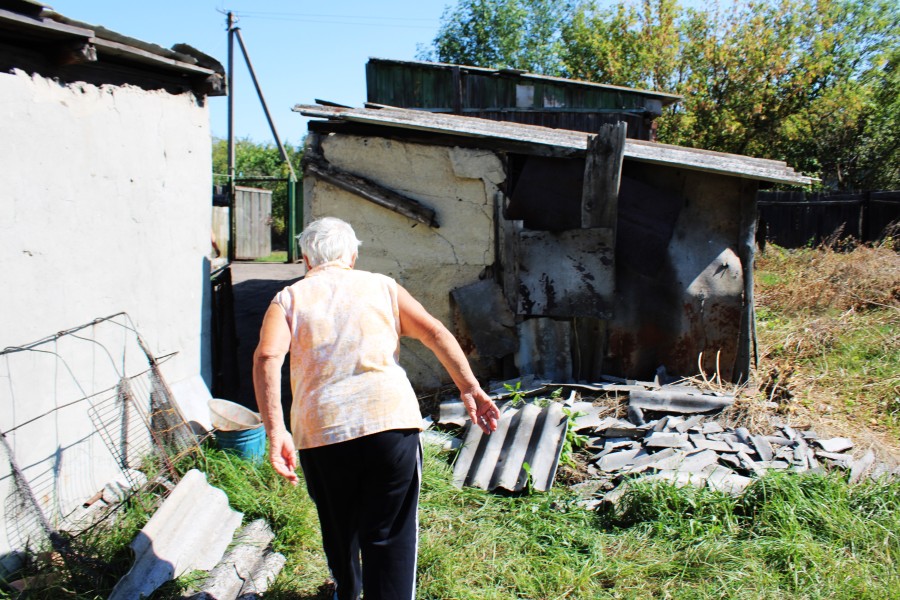 At a school whose basement is now used as a shelter, I met an elderly couple who have been living in that dank, stinking, basement for over 5 years, their home destroyed. 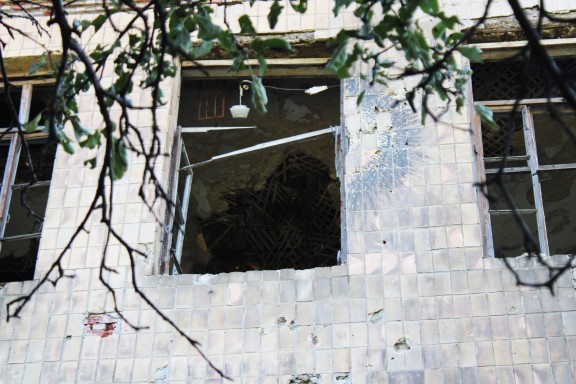 In Zaitsevo, the heroic Ilina Dikun, of the town’s administration, spoke to me about what the residents have endured over the years, and also her own courageous role in documenting the Ukrainian attacks.

Among the many things she said: “Those who could leave have left, its mostly the elderly who remain.”

So Ukraine’s targets are Zaitsevo’s elderly…

She also said: “We are not living, we are surviving,” and spoke of how of the many (20+) ceasefire agreements, none reached there; always, within a day or two, the town was being shelled anew by Ukraine.

I include a short clip of one front-line home targeted by Ukrainian shelling. At this house, where an explosive busted through the wall, I was told I should step away, not yet wearing body armour and Ukrainian forces 500-600 m away. 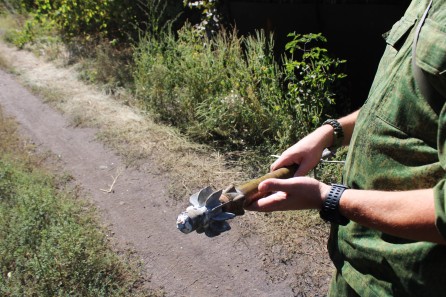 After this, when I did put the body armour & helmet (which I’ve never worn before–in spite of being under israeli gunfire countless times), I gained a new appreciation for those who wear it: its heavy, cumbersome, makes basic things like taking photos more difficult…but could be a lifesaver.

Residents subject to Ukraine’s bombings do not have this lifesaving luxury. Nor, for many, the luxury to flee to an area less prone to bombing. So they remain, patch up their homes if they can, and endure the terror unleashed upon them from Ukraine nearly every day/night.

I’ll be sharing more from today, but will close by noting the strength and humility of all I met today: people who have genuinely been experiencing the terrors of living on or defending the front lines, but do so with grace, dignity, and extreme courage. 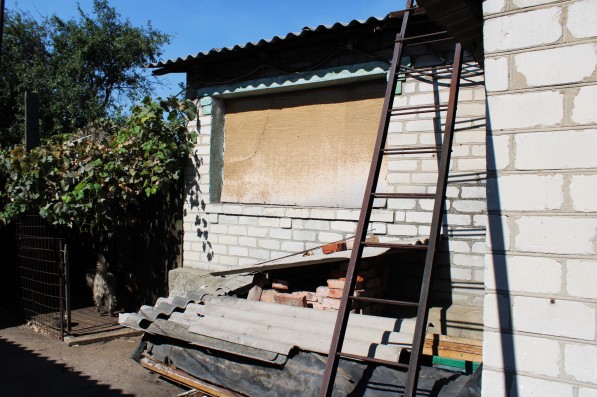 4 thoughts on “Zaitsevo resident: “We are not living, we are surviving””