First Published (IPS) By Eva Bartlett– ‘Biddun mey, fish heyya’, they say in Arabic for a universal truth: ‘Without water, there is no life’.

While diminishing water resources are a global concern, in Palestine the struggle for water is not against multinational corporations, but for access to water, and against contamination of what precious resources there are.

Mohamed Ahmed, director of the Water Control Department in the Palestinian Water Authority (PWA), says “there continues to be a very rapid depletion and deterioration of ground water.”

The main source of water is the coastal aquifer and ground water, which serves Gaza’s agriculture, commercial, industrial and public sectors, says Ahmed. But through the three weeks of Israeli attacks on Gaza last December and January, much of the water network infrastructure was destroyed or damaged, rendering already scarce water all the more scarce.

The destruction caused by Israeli shelling, tanks and bulldozers throughout the Strip further damaged Gaza’s sanitation network, causing 150,000 cubic metres of untreated and partially treated sewage waste water to flow over agricultural and residential land and into the sea during the attacks. The daily average of wastewater being pumped into the sea is still a staggering 80,000 cubic metres.

The water treatment crisis has been a catastrophe in the making for decades. In 2004, a report on water alternatives published by the Islamic University of Gaza’s Department of Environment and Earth Science said groundwater had already “deteriorated to a limit that the municipal tap water became brackish and unsuitable for human consumption” throughout the Strip.

Techniques introduced for improving water quality included desalination and reverse osmosis, importing bottled water, and collecting rain water. But these initiatives have been rendered increasingly futile in the face of years of Israeli assaults on Gaza’s infrastructure, combined with its sanctions and siege regime, heightened since June 2007 when Hamas gained control of the Gaza Strip.

The siege has meant an increasingly long waiting list of spare parts, pipes, and building materials. This directly affects Gaza’s ability to maintain its sanitation and water treatment facilities.

In its January 2009 Damage Assessment Report, CMWU speaks of 5.97 million dollars damage to Gaza’s water and wastewater treatment facilities and infrastructure. Some of the greatest damage was done in northern Gaza, where three new facilities were totally destroyed. Severe damage was caused to the North Gaza Emergency Sewage Treatment Plant, as well as to wastewater distribution networks throughout the north.

Government sources say that more than 800 of Gaza’s 2,000 water wells were destroyed or rendered not useable from the last Israeli attacks.

Central Gaza also suffered. The Sheikh Rajleen Waste Water Treatment Plant, the largest in the Gaza Strip, was shelled, causing pipelines to rupture and raw sewage to flood more than a square kilometre of agricultural and residential land.

The CMWU says it had provided coordinates for all water and wastewater facilities to Israeli authorities. Yet throughout Gaza sites were hit. Much of the damage was to pipelines, torn up by Israeli tanks and bulldozers. Pipes are among the items Israeli authorities bar from entering Gaza.

The PWA’s Mohamed Ahmed says the sandy nature of the Sheikh Rajleen region brought wastewater permeation into ground water. “Areas with clay and soil tend to slow the drainage, but in Sheikh Rajleen the sewage water very quickly drained into the ground water.”

Ahmed says “we’ve found the presence of detergents in our monitoring wells, indicating that wastewater and ground water have mixed.” Monther Shoblak, CMWU director, said this type of contamination occurred also in Beit Hanoun to the north of Gaza City where facilities were destroyed.

Central Gaza’s Wadi Gaza region is one of the most visible and noxious sites of sewage dumping. The black sludge streaming into the sea is seen and smelt by passengers on the ride south from Gaza city.

Ibrahim Alejla of CMWU says the flow of sewage into the sea is not only dangerous, but wasteful. “If the borders were open, and we could get the chemicals and equipment needed to treat the water, it could be re-used in agriculture.”

Mohamed Ahmed says nitrate levels have for the past two years been three times the World Health Organisation (WHO) limit. Nitrates are believed to be carcinogenic.

“It is too soon to see all of the negative impacts,” says Mohamed Ahmed. And with Gaza’s Islamic University chemical laboratories bombed during Israel’s attacks, “Gaza has no facilities for testing water for the presence of heavy metals and other contaminants.”

Ahmed believes numerous chemical pollutants will be found when the tests are carried out. “The war occurred during winter, during our rainy season. When it rained, the chemicals and pollutants in the air went directly into the ground water.”

The CMWU and PWA say that many of the most affected areas have had their water networks repaired. “The municipalities chlorinate water to eliminate contamination,” says Ahmed. But difficulties arise when Israeli authorities prevent the entry of chlorine into Gaza. “Then the government issues advisories not to drink the network water.”

Ahmed warns of the effect on rural residents from contaminated ground water. “Many people depend on wells for their drinking water,” he says.

The water problems extend beyond consumption of tainted water. The Gaza health ministry and WHO have issued swimming advisories, listing seven extremely polluted areas as high-risk for diarrhoeal and skin diseases.

“If you open the fish up, they are black inside. Not like normal fish. The sewage is destroying the fish. People who swim in the water at the port, their skin becomes irritated, like a rash,” Al-Habil said.

“I’m a fishermen, I know fish. But there are others who don’t know it’s from the port, who buy and eat them,” he said. 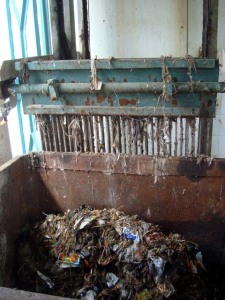 *straining garbage out of sewage; water is then passed through the treatment plant. In theory, with the proper chemical and treatments, wastewater would be treated before leaving the plant to the sea. 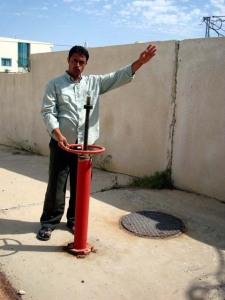 *demonstrating the emergency valve, in case of sewage and rainwater overflow, to send untreated sewage immediately to the sea (without straining the garbage out). 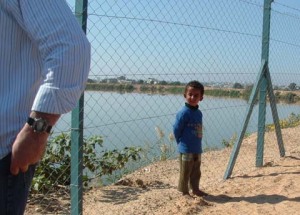 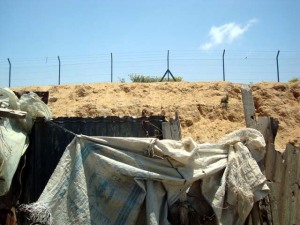 *house below the wastewater pool, in danger if the pool again overflows. 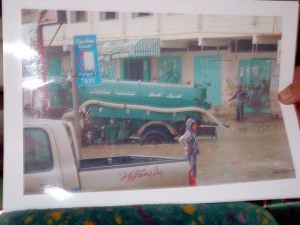 *flooding in Khan Younis, earlier in 2008, result of strained water and sanitation networks. 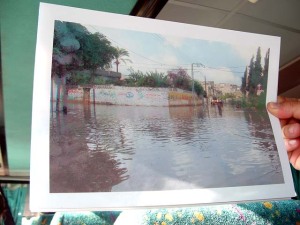 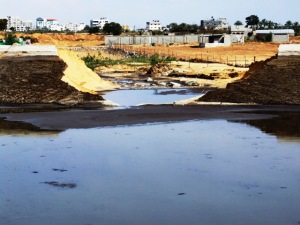 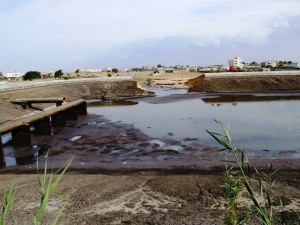 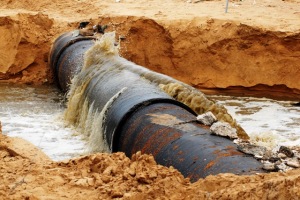 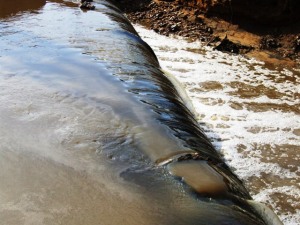 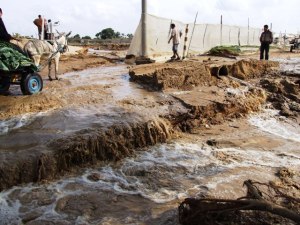 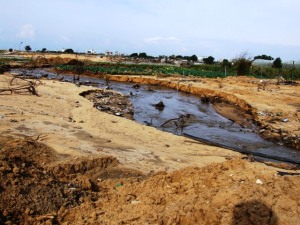 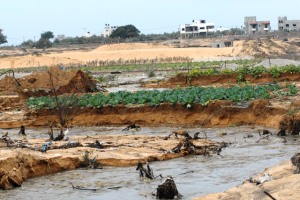 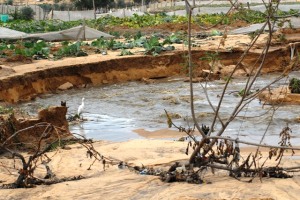 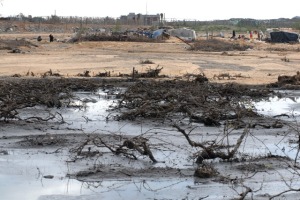 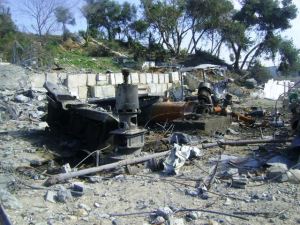 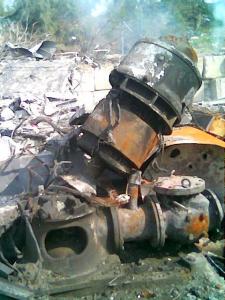