On July 25, I visited the Qamar al-Sham restaurant which on July 24 was hit by terrorist shelling, killing and injuring many of the civilians inside, including at least 2 children, one of whom was an infant. 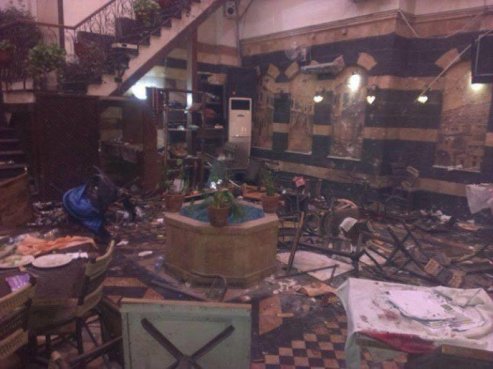 When I visited the restaurant on July 25, it had been mostly cleaned up of debris, but still stank of blood. While the media reports I’ve seen have varied (early reports saying five had been murdered and others saying eight victims) the employees said eleven civilians were killed, including the 7 year old son of one of the restaurant managers, and an infant and his mother. They said the infant’s body was found an hour after the attack, inside a small room off the main room.

*Room in which Riad (the mudered infant)’s body was found.

A Syrian friend, Sam Bitar, noted that the murdered young woman and her infant were the sister and nephew of his dear friend.

At a nearby hospital, I met three young women (a 23 year old and two teens) who were being treated for shrapnel injuries, including to the stomach, chest, shoulder, face, arms, and in one case (Hiya, 17) shrapnel into the bone of the teen’s shin, splitting the bone. The mother is hopeful that her daughter will be able to walk again. The mother is the head of a secondary school, and said she had gone to the restaurant with her daughter and husband. “We’d only just received our meals and the shelling occurred.”

The 23 year old, Nancy, was there with friends she hadn’t seen for a while, the group drinking coffee and smoking argila. Her mother explained that normally at that time of day the young woman would have been working in a shop in that district, but because of meeting with her friends, she was in the restaurant.

The 16 year old, Mary, was likewise with friends. Her 15 year old sister (with her at the restaurant) seems to have been more severely-injured, as she is being treated at a different Damascus hospital.

There are many more wounded being treated in other hospitals, including severely-injured. Based on visiting the University Hospital last year and seeing numerous critically-injured victims of terrorist mortars and rockets, I can imagine that those injured in the attack on the restaurant will have such severe injuries as amputations and more. (photos of severely-injured in University Hospital, Feb 2015)

Also in Old Damascus, not far from the Qamar al-Sham restaurant, yesterday around 1 pm, according to residents, homes were hit by further terrorist shelling. Thankfully, according to those I spoke with at the site of the attacks, no one was killed this time, but many were injured, including children. 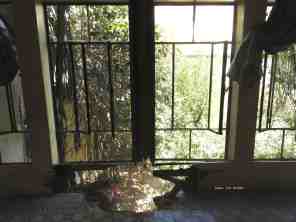 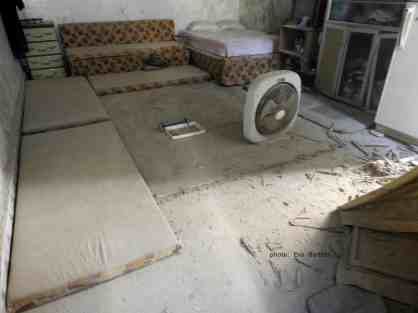 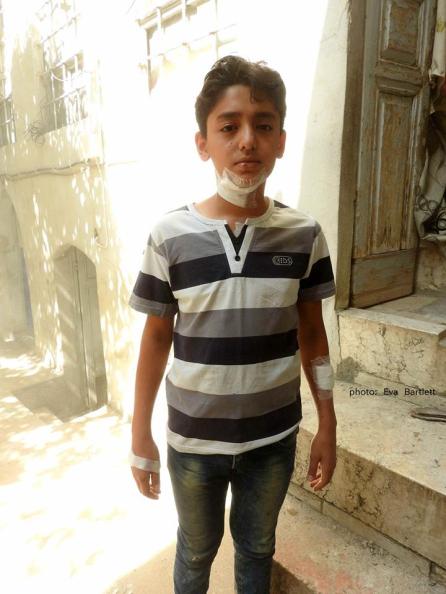 Earlier, in the hospital, parents of the injured teens implored me to tell the truth. Syrians know that the corporate media is lying about terrorist attacks on civilians, and on the situation in Syria in general. Imploring passionately that their truths be told, one mother lambasted the terrorists–“They are monsters, they have no humanity and no respect for children.” She reiterated calls I’ve heard in Damascus, Aleppo, and re Foua/Kafraya under terrorists’ siege and bombardment, among elsewhere, to “eliminate the terrorists.” This can’t come soon enough.

Syrians are a peaceful people, and have been subjected to terrorism since the war on Syria began in early 2011. These tragic deaths are utterly preventable, if the NATO-GCC-Turkish-Zionist alliance stopped funding/arming/supporting terrorists and terrorism in Syria, if the world complied to UN Resolutions against this arming of terrorists, if Turkey sealed its border instead of flooding Syria with more terrorists whenever mercenaries inside of Syria re losing, and if the world listened to Syrian voices and their calls for an end of this bloody war on Syria and for Syria to return to how it was prior to 2011.

Sincere condolences to the families of martyrs and injured.

Prior article on terrorist rockets and mortars on civilians: US-Backed Terrorism in Syria: A First-Hand Account of the Use of Mortars Against Civilians, Sep 2014, Global Research 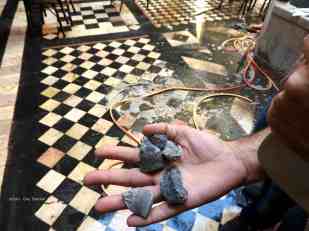 *more photos from the Qamar al-Sham restaurant attack. Remnants of the shell which hit the restaurant; blood of one of the dead, an employee, along the bar wall; the Old Damascus lane leading to the restaurant.

19 thoughts on “Terrorists’ Attack on Damascus Restaurant and Homes: “They have no humanity and no respect for children””