(IPS) By Eva Bartlett– Until Monday, Omar and Khaled Al-Habil were the owners of a 20m fishing trawler staffed by five or six fishermen at a time, but employing around 18 in cycles. But that morning the vessel came under heavy Israeli navy machine-gun fire, and then shelling. The trawler caught fire.

“They had left early in the morning and headed north,” Al-Habil said, of the crew of five fishermen that morning, including his son Adham Al-Habil. He says the boat was well within a three-mile limit set by Israel.

“There were other fishing boats with them. The boat was about a kilometre out off Gaza’s coast, and was at the southern end of Sudaniya (a coastal region of Beit Lahia, northern Gaza).”

An Israeli navy spokesperson reportedly said the boat “violated security boundaries off the coast of the Gaza Strip” and was “out of the permitted fishing zone.” She said the boats failed to respond to warning shots.

“An Israeli navy boat approached them and opened fire. It was chaos. The firing was intense; it lasted 15 or 20 minutes. The fishing boat stopped, but the Israelis kept shooting. Finally, the Israelis shot a mortar at the boat. All the fishermen jumped into the water.”

His son Adham Al-Habil sustained burns from the fire, which broke out most likely as a result of the mortar shelling.

A charred hole on the front right-hand side of the boat marks where the mortar hit and exited. From that point down, the deck is blackened with soot. The metal steering wheel is all that remains of the cabin.

“Other fishermen came to help. They towed my boat back to Gaza port,” said Al-Habil. Once there, it took fire-fighters more than 20 minutes to put out the fires.

Palestinian fishers have the right to fish as far as 20 nautical miles from the coast of Gaza, but Israeli authorities have over the years unilaterally reduced that limit to three miles. The more abundant catches are found past six miles.

The Palestinian fishing industry, employing more than 3,500, has been devastated by Israeli attacks on fishing boats, confiscation of boats and equipment, and the abduction of Palestinian fishers.

Under the Israeli-led siege, with the complicity of Egypt, Gaza is starved of basic goods to enable a functioning economy and society. This includes replacement parts for missing or broken fishing equipment.

While a reported 95 percent of Gaza’s industries have shut down due to the siege, many unemployed Palestinians have turned to fishing, unviable as it is.

The United Nations Office for Coordination of Humanitarian Affairs (OCHA) August 2009 report details the devolution of the fishing industry.

Reduced to fishing along the coast, many of the fish are caught in waters contaminated by the 80 million litres of raw or partially-treated sewage pumped daily into the sea “as a result of lack of maintenance and upgrading of the wastewater infrastructure,” OCHA notes.

And now Al-Habil does not have a fishing vessel at all.

This was not the first problem for his now destroyed boat. On Jun. 4, Israeli gunboats abducted six fishers and seized Al-Habil’s boat three miles off the northern coast of Gaza, holding it for 45 days before returning it. Al-Habil found equipment missing and significant damage done to the engine and cables.

On Nov. 18, 2008, Israeli gunboats surrounded three Palestinian fishing boats, including Al-Habil’s boat, seven miles off the coast of central Gaza, and took all 15 fishers on board, as well as three international solidarity activists. The Israelis kept the boats until Nov. 27.

“It’s not just my boat. Every day the Israelis are attacking us: if not a trawler, then a small boat, or on land.”

The Palestinian Centre for Human Rights (PCHR) reports that 12-year-old Mohammed Bassam ‘Aashour was seriously injured by a gunshot to his head Aug. 14 when Israeli gunboats fired on Palestinian fishing boats near Rafah coast.

Khaled Al-Habil is just one among many Palestinian fishers whose livelihoods have been wrecked. The father of 13 children lives with his family in a cramped 400 square metre apartment. His only source of income has been destroyed. 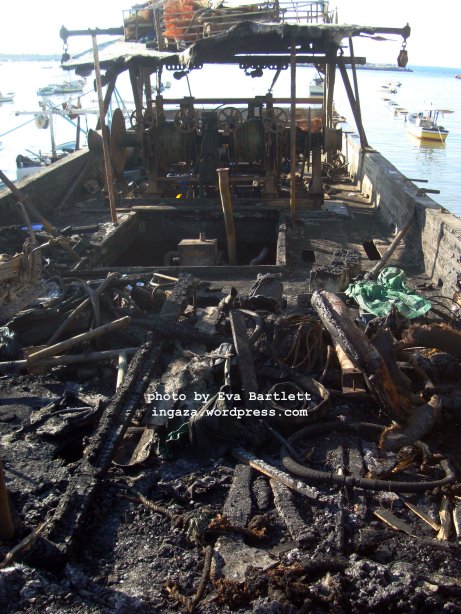 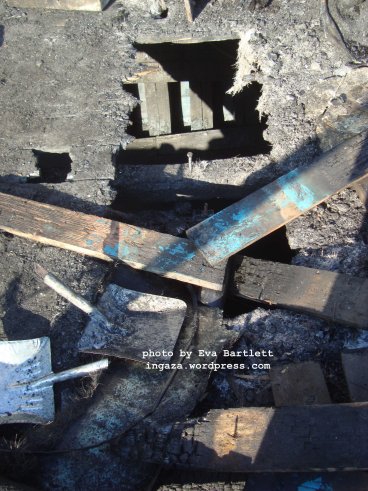 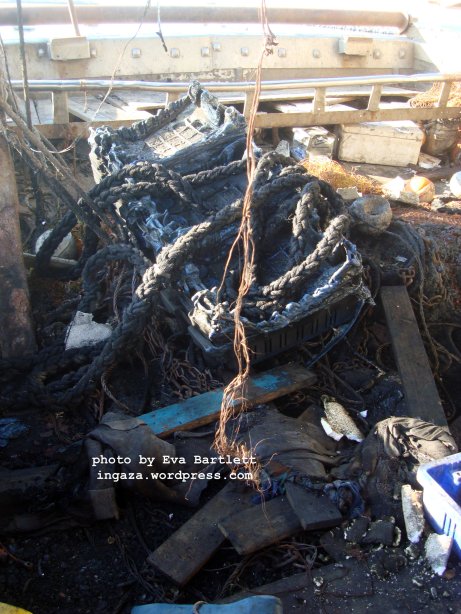 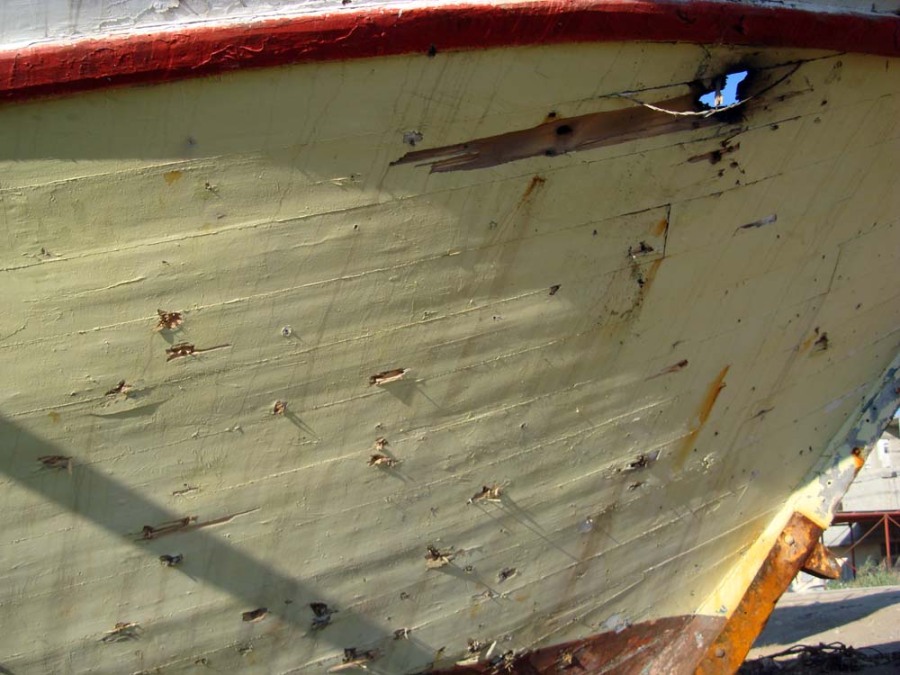 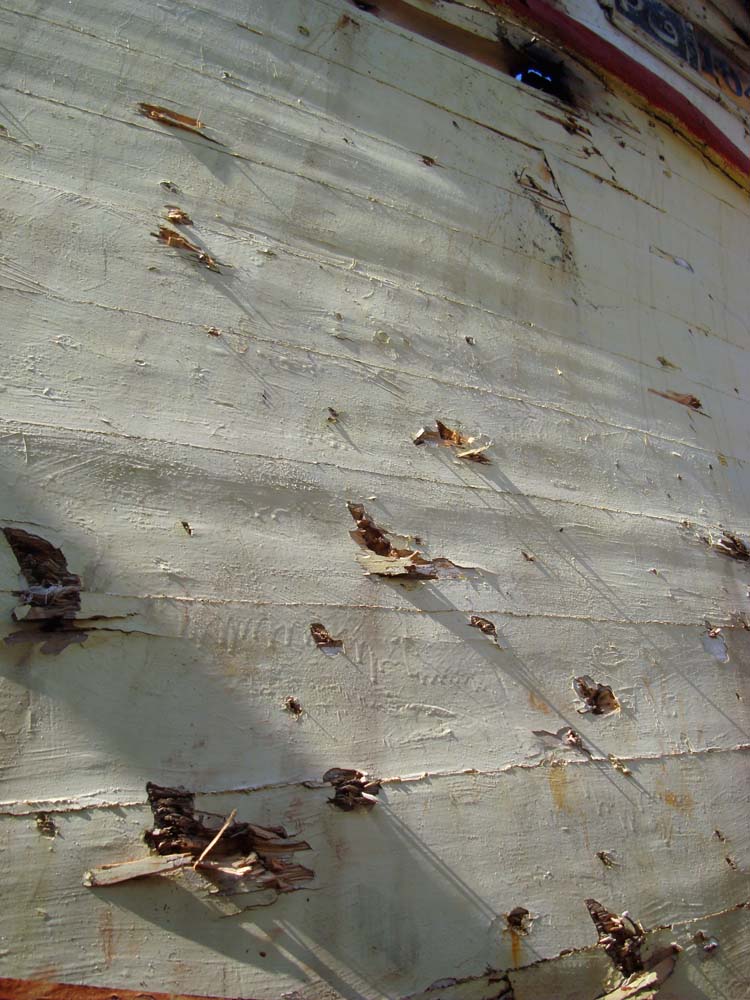 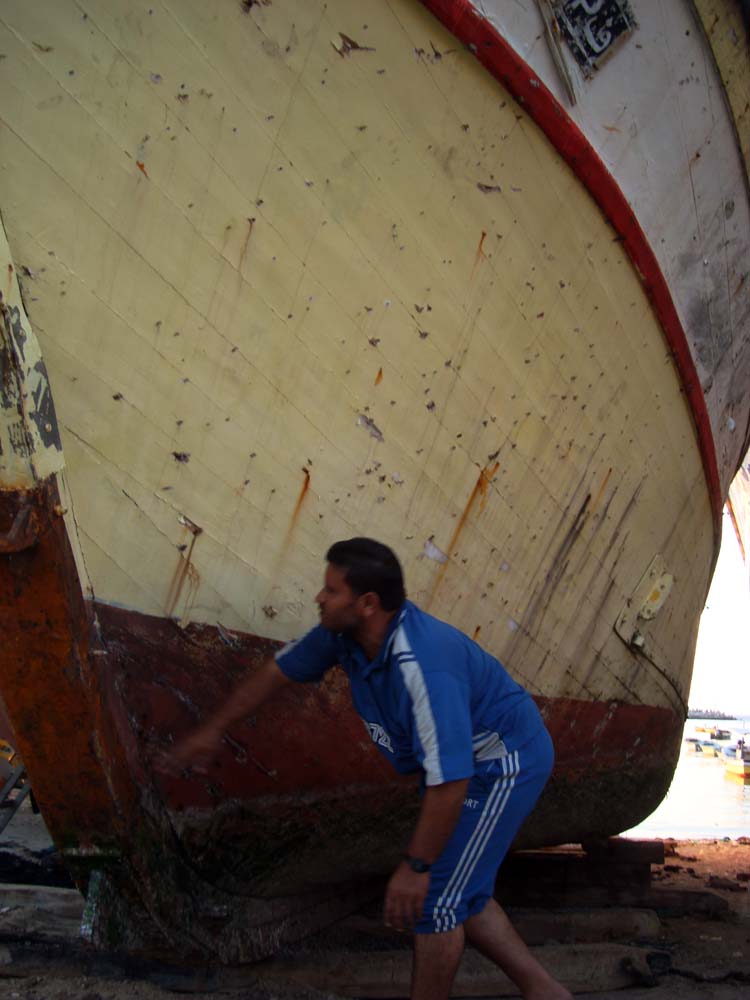 attacked by the Israeli navy: a shelled Palestinian fishing trawler is “completely destroyed”